Bangkok Student Awards and Completion hosted by the Australian Ambassador in the Residence.
Nurture News

Bangkok, Mentoring on the Road is back!
Nurture News 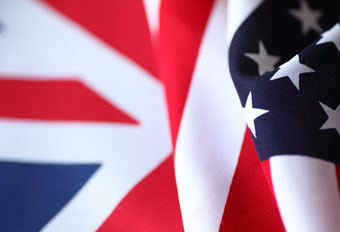 Lessons from Brexit and Trump:
Business Schools and Responsibility 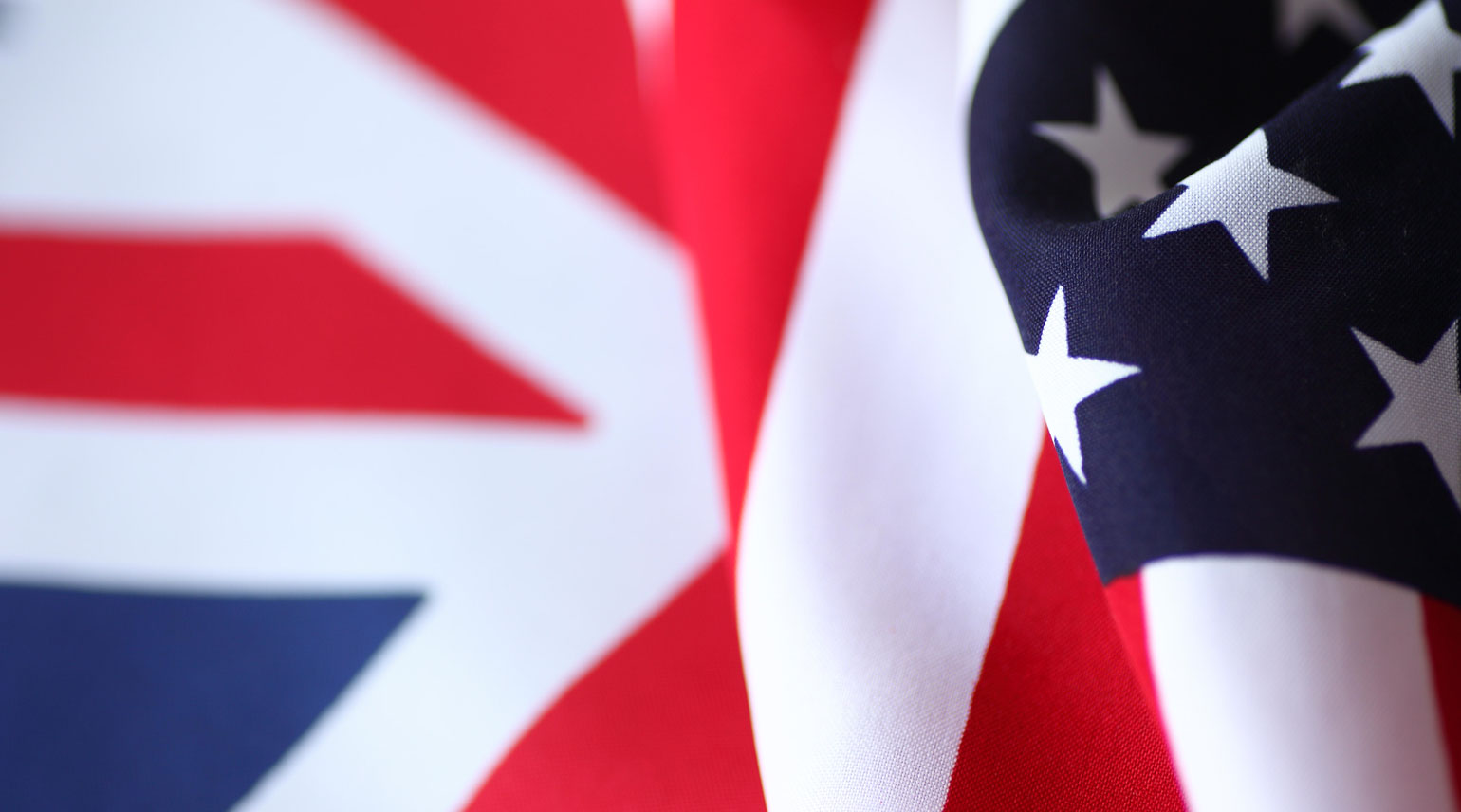 The aftermath of any seismic political event jangles the nerves, irritates old wounds of which we were only vaguely aware. As the Dean of a British business school, reacting to the UK’s popular vote to leave the European Union can easily be framed in narrow, measured terms around the impact on the operations of business schools, our competitive positioning, and the challenges for the future. I know of American business school deans who having felt a similar jarring impact on their worlds with the election of Donald Trump and the subsequent “ban” on migrants likewise have articulated measured responses. But such responses negate the significance of these events, misses the issues behind the success of “Take Back Control” and “Make America Great Again” campaigns. They certainly do not address how we as an intellectual community—which should be at the heart of these issues—reacts. A response to events of this magnitude and significance rather needs to be visceral, from the heart, to be soul searching, if we are to learn anything from it and create not only better business schools but stronger economies and better societies.

The British exit from the EU did not come out of the blue, any more than did the election of Donald Trump, or indeed the remarkable run of Bernie Sanders in the Democratic primaries. It came from a wellspring of discontent, indeed of anger. Often incoherent, often inarticulate, it is nevertheless real. It is the lived experience of those for whom globalization, the tech revolution, financial capitalism has not worked. The fall of the Berlin Wall, Fukuyama’s infamous end of history, removed an alternative vision—however flawed—of a future in which the world order was reversed. There was a vacuum of ideas into which the casual consensus of the winners flowed. There was only one narrative. And the perceived elites coalesced around this narrative. In (little) Britain, the Labour Party, which had represented those for whom the old alternative vision offered a future, abandoned that narrative and embraced market capitalism and social liberalism. Markets may have led to job losses across traditional industries, but they brought cheap consumer goods. Immigration may have brought a far more vibrant cultural milieu, but it also brought wage stagnation and pressure on the public services on which many of those on the receiving end of globalization relied. Social liberalism jarred with traditional values. The old ideas of “one nation” or “indivisible under god” fractured into North versus South, metropolitan versus peripheral, red states versus blue.

Yet many, if not all of us in the business school community whether in Britain or the United States, saw little of this anger. The businesses with which we work and the students we teach are by and large the winners in this globalizing society. We are in a bubble. A professional bubble reinforced by the increasingly narrow social bubble in which we live out our non-working lives. Thomas Carlyle would recognise this world of two countries. We intuitively knew this anger was there, but it was not part of the world in which we worked and socialized. In our somewhat rarefied, and certainly liberal, world, the appallingly low representation of young working- class males in universities is recognized, but this particular demographic is not “protected” in the lexicon of equality, diversity, and inclusion. We turned our backs on them, and they in turn have turned their backs on the world we value. Have they shifted the direction of “progress,” or have they, like the Luddites, raged uselessly against the machines? Alternatively, is it the Eloi and Morlocks of H.G. Wells’ Time Machine?

In this world we cherish—of the exchange of ideas, of free movement of people, of our position as experts—are we able, hand on heart, to claim that what we do and produce is particularly valuable, is more valuable than the all too often dirty, routine, insecure, heavy work undertaken by this disenfranchised class? The paper in the A* journal or in an FT50 journal is the metric on which academic success is measured, is the basis of promotion and of bragging rights, and pay. Yet what does the pursuit of such papers actually deliver to wider society? What does it have to do with the major issues of our time—the issues of stagnating wages, of disenfranchisement, of the very future of work?

We can research—we do research—about the mechanics of globalization, the mechanics of the financial system, the mechanics of technological innovation and are handsomely rewarded for unquestionably clever research that advances knowledge of those specific issues. But what of addressing the consequences of globalization, of the contemporary financial system? Indeed, of the very purpose of business. Are these multidisciplinary messy issues more inherently difficult to research? Probably. Are the research methodologies more challenging? Possibly. Are they more difficult to publish in A* journals? Almost certainly. What the political convulsions of Brexit and the Trump presidency should mean is that we do not shy away from addressing these issues, that we should reconsider what we deem valuable and focus on our role as thought leaders capable of reshaping the economy and business in our societies. That we go beyond the stimulating intellectual discourse of our community to the harder conversations with the wider society. The matter is obviously not as binary as such a portrayal implies. There is excellent research being done on the impact of technology on work, on the place of business in society. But it is less extensive than the work on the mechanics.

That Brexit will impact on British business schools directly is undoubted. The impact of the Trump presidency on US business schools is less clear. But if the direct impacts of the electoral outcomes may be challenging, might the respective campaigns —at least if we can acknowledge the root causes of that rejection of the perceived elites and the status quo—just might it encourage us to reorient our research? Reorient our research away from those neat technical problems on which we have built our careers to focus on more fundamental challenges, those knottier problems that confront our societies. Although I am confident that we have the resolve and resilience to manage the direct impacts that confront us, such as the issues of staff and student recruitment, I am less confident that we will be able to reorient research in business schools to focus on those critical problems that challenge our entire society. Until the metrics change, until the league table drivers change, until the promotion criteria change, we will not change our research focus, no matter how fine the words about our intent. And therein lies the challenge, not just for British and US business schools but for schools in all countries where there is a raging insurgency against the status quo, against the perceived elites.

But it is not just about research; it is about our programs, as well. As a community we generally deliver high-quality programs that provide students with the technical knowledge required to take on leadership roles in significant business functions. However, issues of ethics, sustainability, and responsibility still all too often inhabit the fringes of our programs. They are bolted on rather than core. They do not represent a fundamental shift in the orientation of our programmes. There are some lights on the horizon—not all the lights across Europe are going out. For example, in my own school at Lancaster, the Management, Politics and International Relations bachelor’s program delivered in conjunction with the Department of Politics, Philosophy, and Religion explicitly connects business, politics, and philosophy to wrestle with the fundamental issues facing contemporary business and society. Similarly, the International Masters in Practicing Management which we delivery jointly with McGill University, in building on the work of Henry Mintzberg, eschews technical skills for reflective practice, leadership and societal awareness.

I want business schools to matter, to be significant players in public life. That they are serious contributors to contemporary debate, policy development and indeed political life. That they have important things to say on the state of business, the economy and society. That they can offer robust empirically anchored understanding of the economy and business as it is, not as utopian thinkers wish it to be. If we are to do so we must recalibrate the way we think, the way we approach these challenges. The end point of endeavor must be social contribution, dare one say impact, not the FT50 publication. This requires that we reframe the metrics and incentives employed in business schools to recognise and reward engagement, engagement with the public, with businesses, with policy makers. This is not about compromising on intellectual depth but marrying that thinking to active public and political engagement, after all thought leadership requires thoughts. Recapturing the civic function of the academy in all its messy richness is the imperative facing business schools today.

I am proud to be a socially liberal, internationally oriented believer in trade and markets as an overwhelming force for good. I am, however, in the aftermath of the EU referendum, ashamed of the way we have ignored the real concerns of parts of our society, the way we have blindly focused on sectional interests. That ignoring has certainly returned to bite us as we stumble out of the EU. The revenge of the disenfranchised may ultimately hurt them more than it hurts us as members of a privileged caste, but it should wake us out of our stupor. We as a community must be part of the response to the challenges facing advanced economies today; we have a distinctive capacity to shape thinking around the place of business in society and around the future of work, technology, and self-worth. It is time that we as a community focus on these fundamental issues. It is time that we break out of our self-referential community and meaningfully engage with the societies of which we are part. If we do not step up to the plate and take on active thought leadership roles a grounded rational empirical voice – which could make the world a better place – will be lost in the noise of polemic and fake news. We would then only blame ourselves for the erosion of those liberal values which have transformed the lot of humanity.

Bangkok Student Awards and Completion hosted by the Australian Ambassador in the Residence.
Nurture News

Bangkok, Mentoring on the Road is back!
Nurture News